We partner with employers to take control of rising healthcare costs by improving the health of employees and their families. 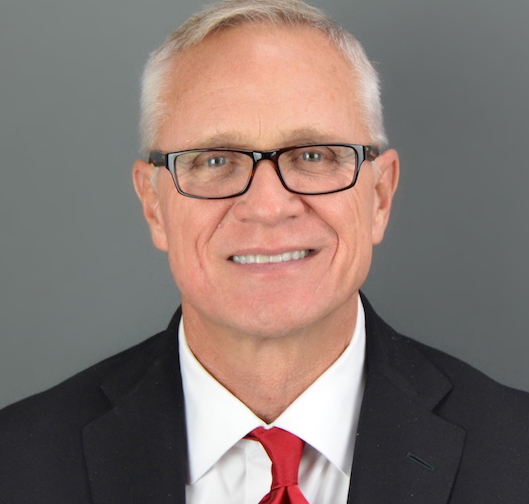 CareATC, a leading health management company providing innovative primary care services for self-insured employers announces the appointment of Gregory F. Bellomy as president and chief executive officer. Bellomy is an influential leader in healthcare with over 20 years’ experience as president and CEO of several of the most innovative healthcare service companies in the country. Most recently, Bellomy served as a senior operating advisor for LLR Partners healthcare services group and chief strategic growth officer for BAYADA Home Healthcare. His previous roles include CEO and president of Progressus Therapy, LLC, and separately AllianceCare, Inc. In addition, Bellomy served as group president for a $250 million division of RehabCare Group (RHB-NYSE). 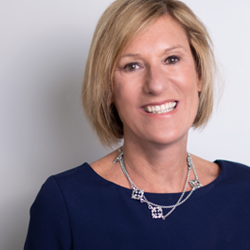 Stoeppelwerth joined CareATC in 2015 as the Director of Development and Provider Contracting, and now serves as Chief Operating Officer. She is an experienced leader in organizational operations and product development leading multiple client launches and implementation stratagems with a focus on customer relations and engagement.

Previously Stoeppelwerth served as the Oklahoma Executive Director for Aetna, the Chief Contracting Officer for Springer Clinic, a multi-specialty physician owned organization, the Director of Sales and Account Management at Pacificare, and led the launch of the Oklahoma Health Plan for Coventry Healthcare. 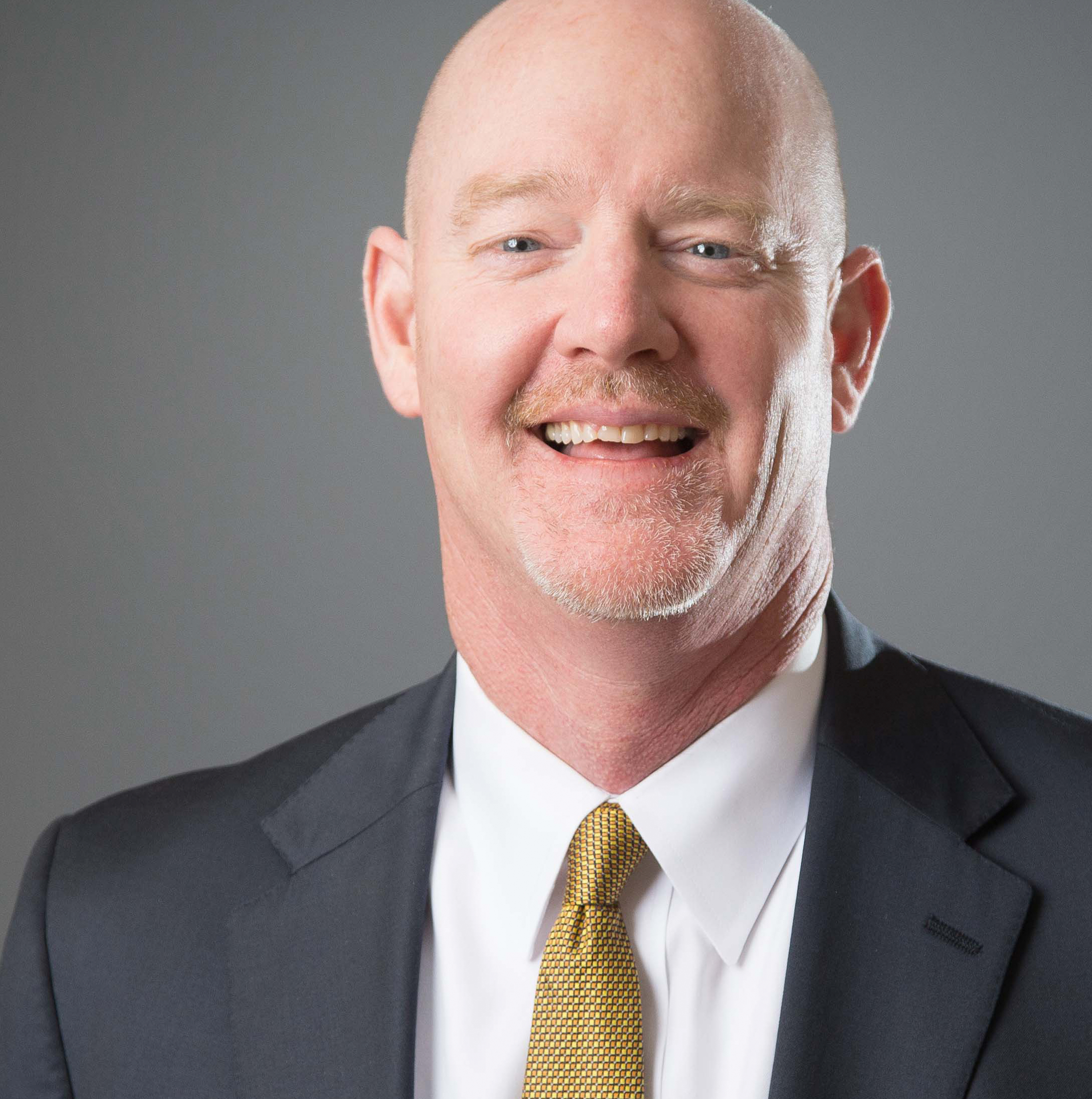 Keeling possesses over thirty years of experience working in the insurance and healthcare industries. Previous leadership roles, with AETNA and The Hartford, specialized in high risk workers’ compensation and risk management. Additionally, Keeling helped launch MyStaf in Tulsa, serving as general manager and partner before joining CareATC in 2004. He oversees the sales and marketing departments and works with senior leadership to support an innovative focus on healthcare management. 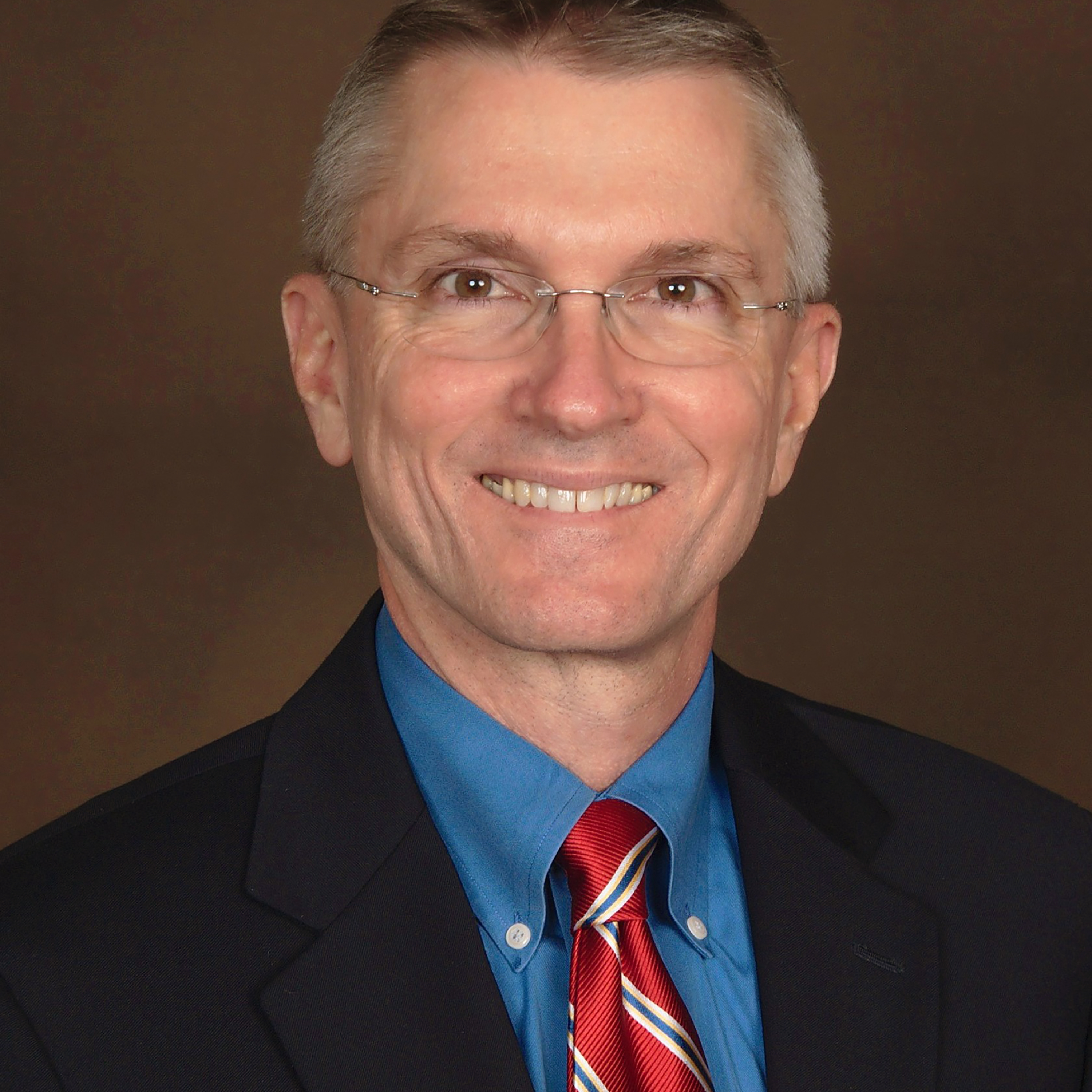 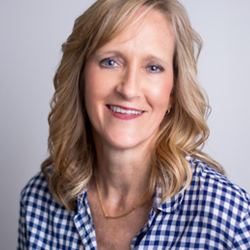 Dr. Hutton brings over twenty years of experience in the medical field to her work at CareATC. She works closely with over 110 providers in thirty-six states to direct policy and best practices that ensure quality patient care in all CareATC facilities. She leads the quality improvement, medical executive and peer review committees, as well as directing the Personal Health Assessment Teams and CareATC’s Population Health and Wellness division. She obtained her medical degree from The University of Kansas School of Medicine and completed her residency in family medicine at Trinity Lutheran Hospital, both in Kansas City, MO. 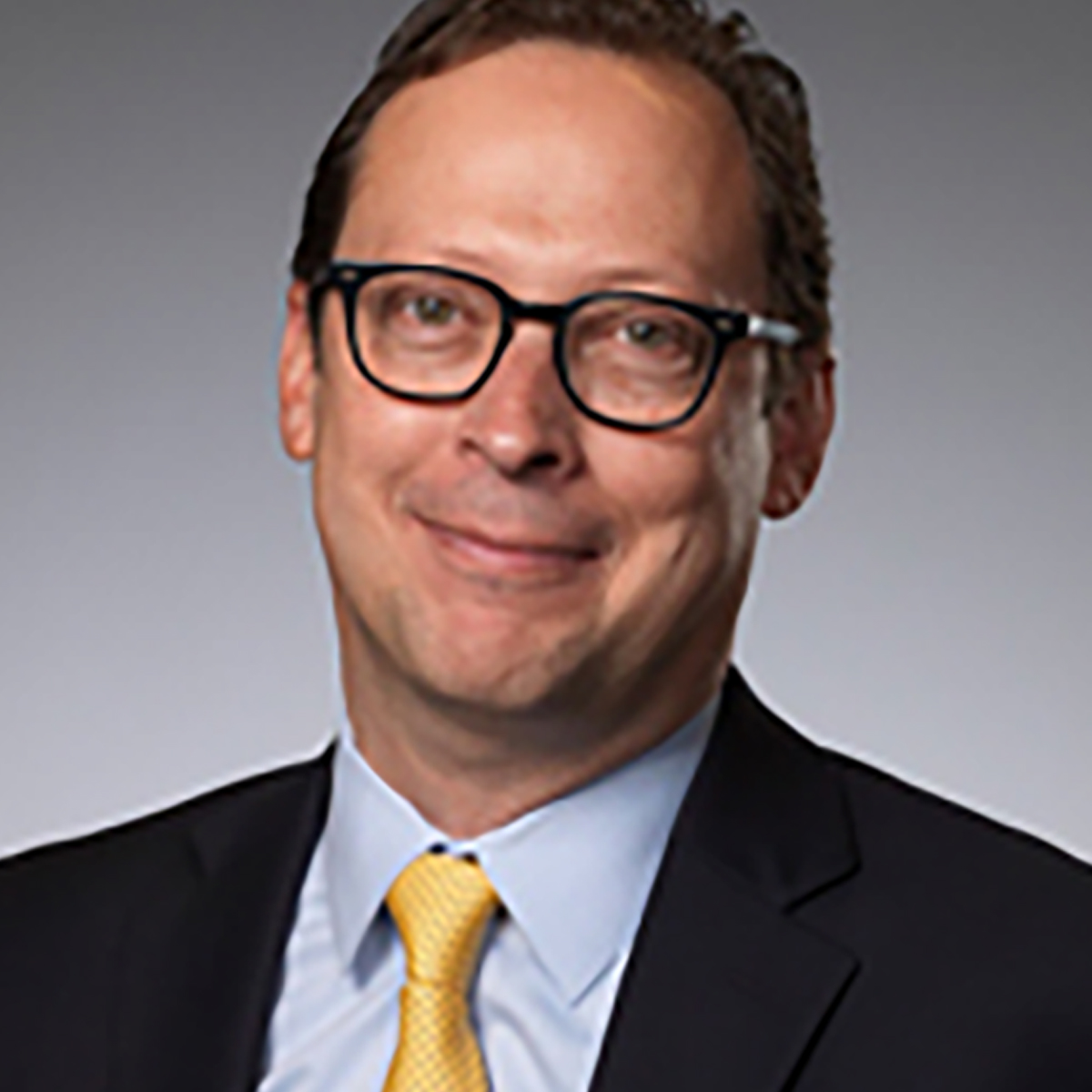 Phil brings over twenty years of data management and healthcare analytics experience to his role with CareATC. Bruns’ previous roles include senior vice president and general manager-analytics at Benefitfocus, and chief technology and operating officer at Employers Health Network, LLC. Mr. Bruns holds a B.S. in Mathematics, a M.S. in Space Science, and a MBA with a concentration in Finance. 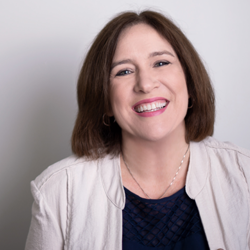 Vickie Rice is a 20-year veteran of the benefits business and an expert in healthcare claims, analytics and product management. Rice spent a decade in key administrative roles at Blue Cross and Blue Shield of Oklahoma and then served as Product Manager for Data and Analytics at Benefitfocus where she helped create innovative data tools to help both benefits administrators and consumers make fact-based decisions about their healthcare benefits.

In 2015 she joined CareATC as the Director of Analytics to use her years of claim and data analytics experience to help develop industry-leading reporting for our clients as well as support our clinical staff and the patients they care for with analytic tools that allow our doctors to make well-informed decisions about the best treatment options.

In her current role as VP of Strategic Analytics for CareATC, Rice has brought her passion of using data and technology to make smarter healthcare decisions to our data analytics team. 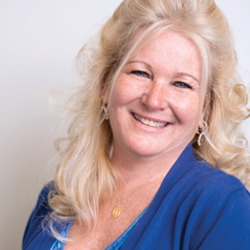 Hope is a registered nurse with 28 years of experience, much of that time working in the quality and regulatory arena. She oversees all quality, regulatory, and compliance initiatives and services as the HIPAA Privacy Officer for CareATC. Her areas of responsibilities include accreditation, medical staff office, risk management, infection control and medical records. In addition, she has served as a surveyor for AAAHC – the Accreditation Association for Ambulatory Health Care, for twenty-five years.

Mata possesses over twenty years of experience working in human resources and management for several Fortune 500 companies. She is certified SHRM-CP and manages a human resources department that reflects and supports CareATC’s core values. She is responsible for leading the strategic implementation of national talent acquisition, leadership and employee relations, as well as cultural diversity and inclusion, and organizational design. 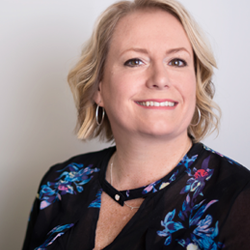 White has worked with CareATC since 2004 in various leadership roles. With an extensive background in the public and private sector of healthcare management, White leans on her years of experience in workers’ compensation, health insurance administration and human resources to lead a strong team of client managers. 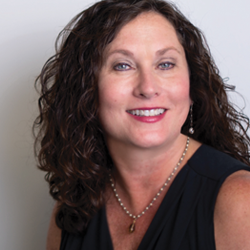 Irby is a native Tulsan and graduate of the University of Oklahoma. Irby worked in the banking and financial planning field prior to her shift to healthcare. She is a seasoned professional in the areas of business development and management, marketing, strategic planning and organizational development. 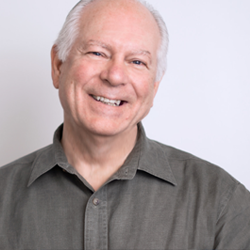 Gucwa is an accredited evidence-based healthcare designer with twenty-four years of experience in purchasing/material management within the commercial and private real estate industry. As one of only a handful of individuals with EDAC certification in the state of Oklahoma, Gucwa brings a unique approach to the design, build and commission of all CareATC clinics. 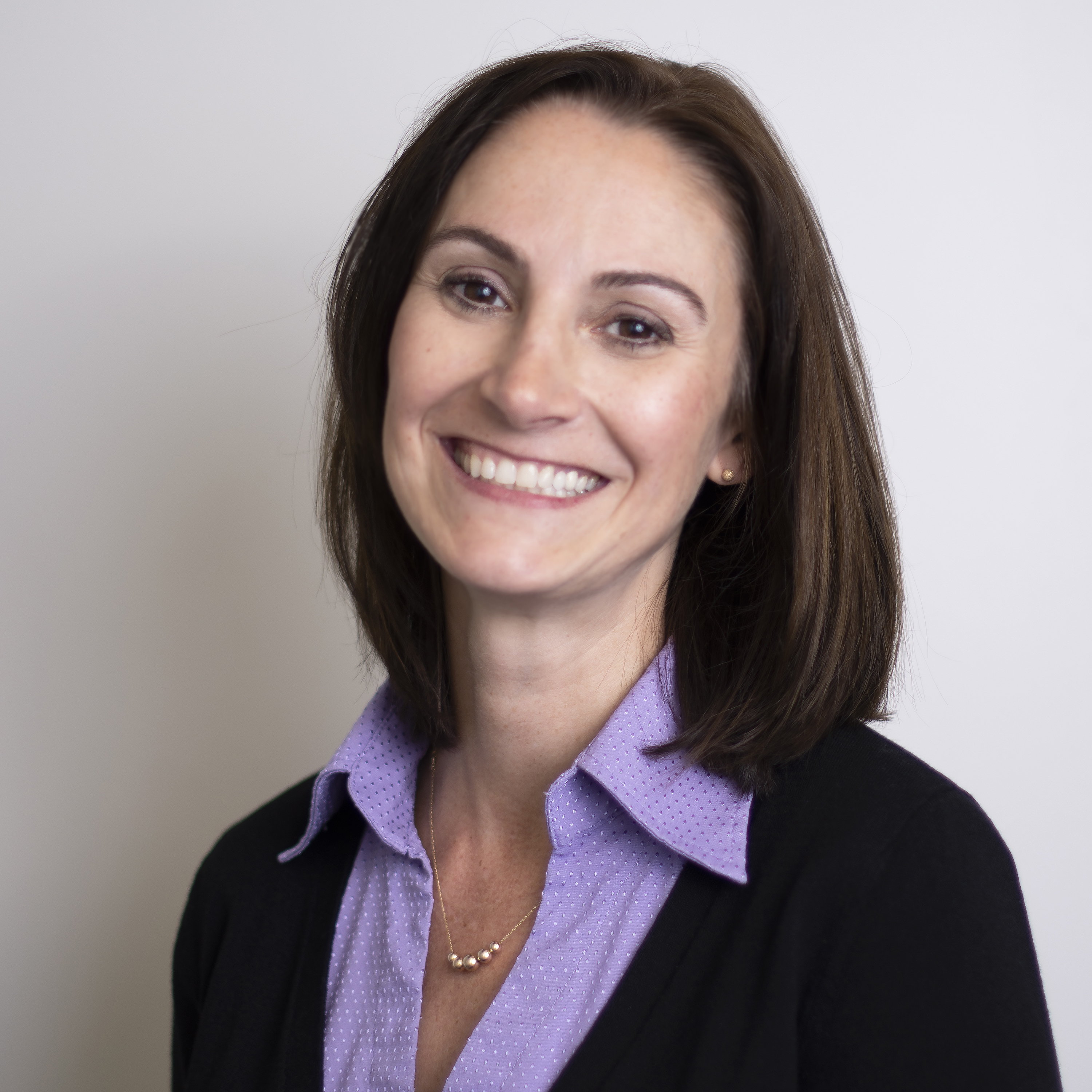 Fry graduated from the University of Arkansas for Medical Sciences as a nuclear medicine technologist. She has worked in the areas of internal medicine, cardiology, neurology and reproductive endocrinology prior to joining CareATC in 2010. As the director of clinical operations, Fry oversees all CareATC clinic staff while ensuring continuity of care, adherence to state and federal regulations, as well as compliance with CareATC’s AAAHC accreditation. 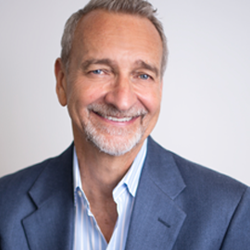 Philip joined CareATC in 2013 as Chief Executive Officer after having founded and served as the CEO of Benefit Informatics, a healthcare data analytics company with more than 7,000 employers and 5 million members on the platform. In 2010, he sold the company to BenefitFocus and he continued to serve the company as President for 3 more years.

Prior to Benefit Informatics, Philip founded CIS Technology a company that developed software for hospital claims processing and revenue cycle management, where he served as President and CEO from 1985 to 2000. After taking the company public on NASDAQ the company merged with National Data Corporation and is now part of Mckesson Corporation.

From 1975 to 1985, Philip practiced public accounting as a CPA with an emphasis on developing business software in oil and gas taxation, construction and the medical industry. 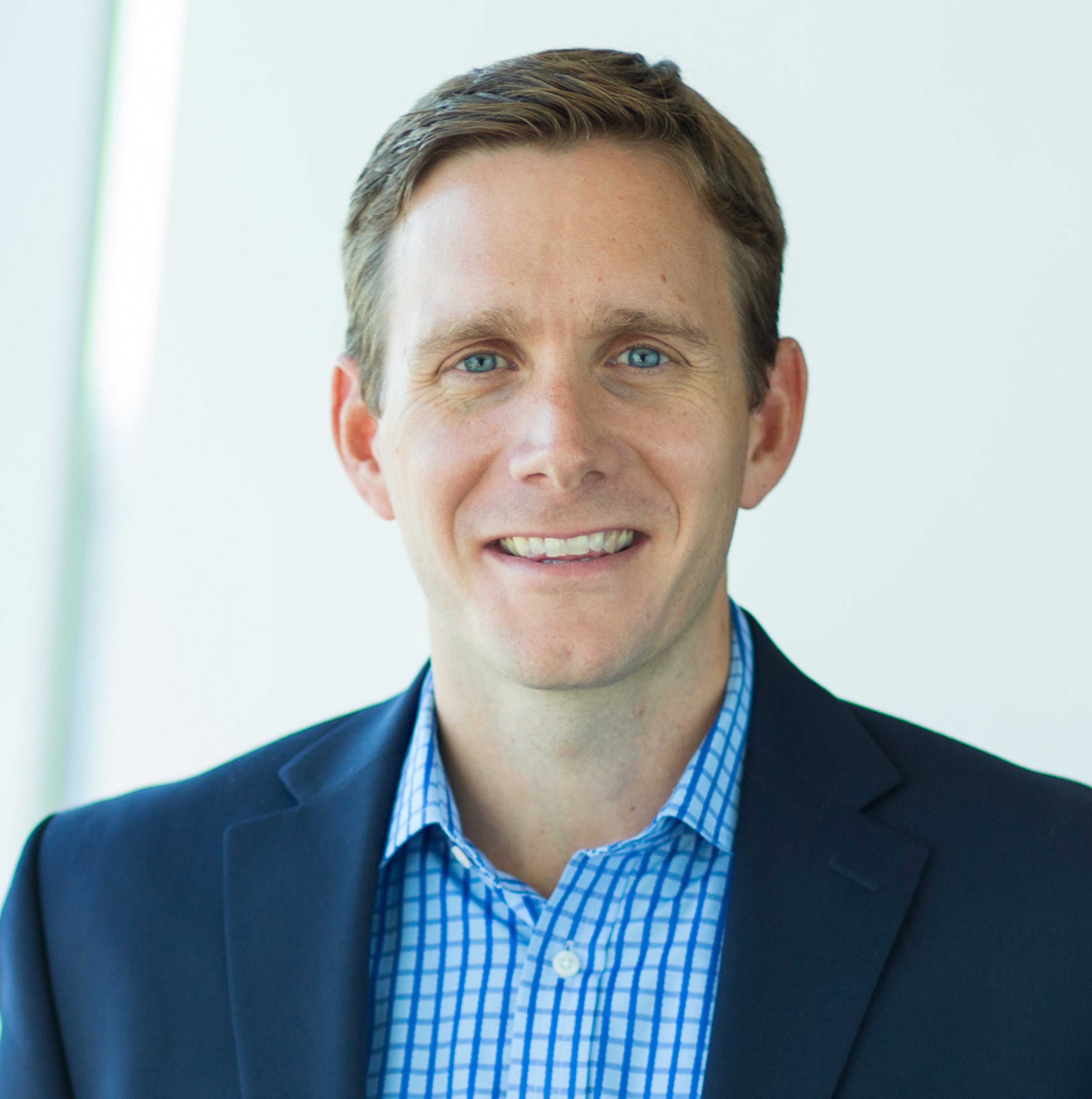 Jack Slye is a Partner at LLR Partners where he leads the firm’s investments in healthcare and education. Prior to joining LLR, Jack was a Principal at Sterling Partners as well as COO and Vice President of Corporate Development at Sylvan Learning. Jack earned an M.B.A. from the Wharton School of Business and a B.S. from the University of Maryland. 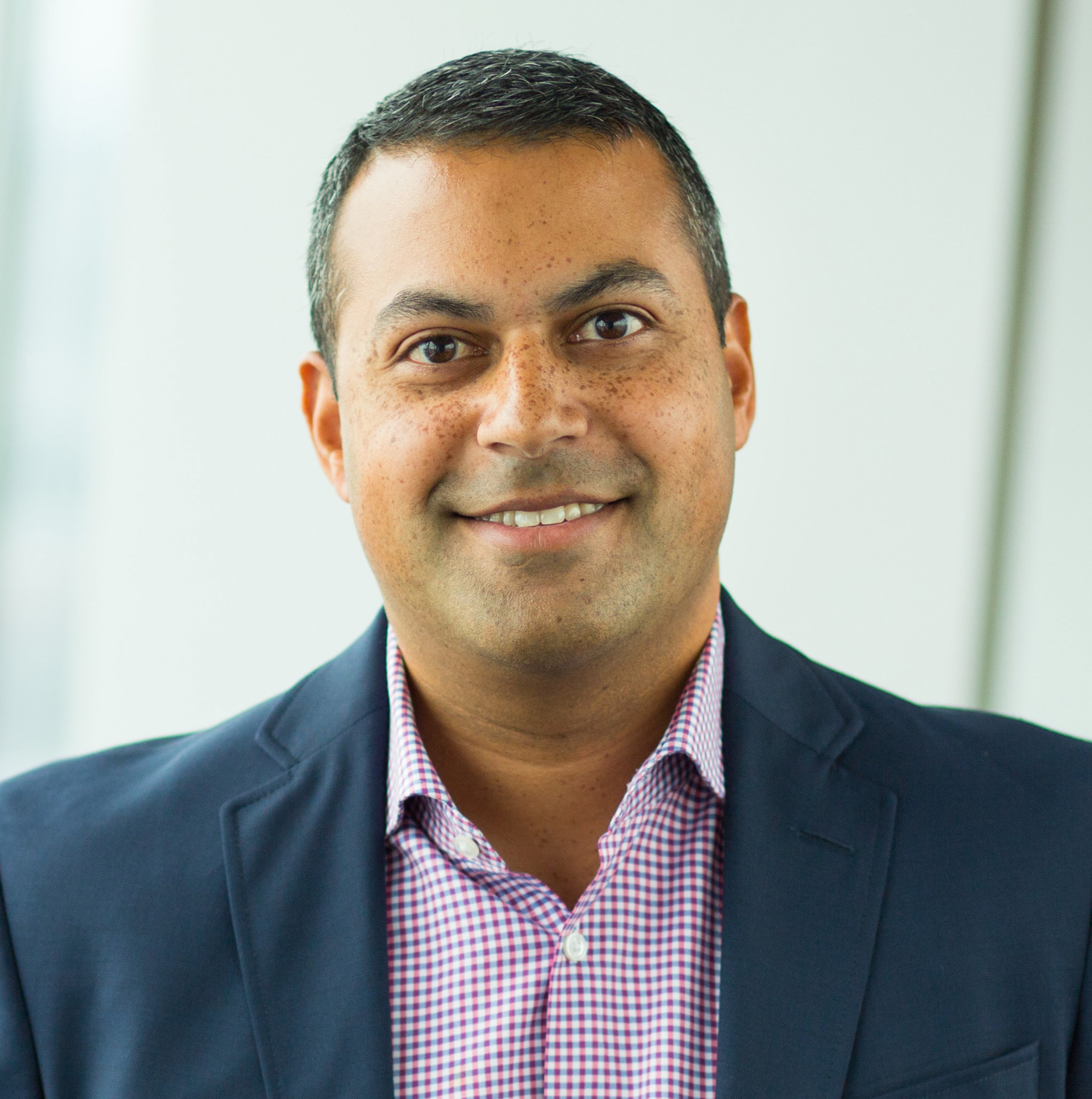 Sasank Aleti is a Principal at LLR Partners. Sasank initially joined LLR in 2003 and returned to the firm in 2011 after completing his M.B.A. and founding Cadence Capital Partners, a lower-middle market investment firm. At LLR, Sasank leads the firm’s investments in healthcare and HR technology. Prior to joining LLR, Sasank worked in investment banking at UBS. Sasank earned an M.B.A. from Harvard Business School and a B.S. from New York University.

During the earlier part of his career as a third-party administrator, Ron Woods specialized in designing medical plans for self-insured employers.

Along the way, something interesting happened. The more Ron learned about the failing nature of the US healthcare landscape, the deeper his desire became to transform it. As a result, Woods formed CareATC with one mission: To help employers save money on healthcare by improving the health of their employees.

Initially launched as a pilot program, CareATC focused solely on improving workforce health. Ron knew, however, that if done properly, companies would experience significant cost savings as a result. The CareATC pilot achieved resounding success and in 2000, was spun out of Healthcare Solutions Group, a third party administrator with more than 35 years of experience in reducing healthcare costs.

Home to CareATC, Inc. Corporate Headquarters, Tulsa is nestled in the Northeastern quadrant of Oklahoma, right in the heart of "Green Country." The rolling green hills and wooded terrain of the city lies at an elevation of 700 feet above sea level and offers a temperate climate. Tulsans enjoy 227 days of sunshine a year and an average daily temperature of 61 degrees.

Tulsa, one of "America's Most Livable Communities," is known as the Mecca for arts in Oklahoma. Art deco masterpieces are prevalent in many of our downtown buildings and churches. Spectacular works of art dot the trails of our beautiful River Parks. From the Tulsa Ballet and Tulsa Opera, to Broadway plays and musicals at the Performing Arts Center, to the Philbrook and the largest collection of Western American art at the Gilcrease, Tulsa's rich cultural legacy greatly enhances our citizen's quality of life.

Home to CareATC, Inc. Eastern Division, the community of Palm Harbor is situated on the Gulf of Mexico, about midway down the Florida penninsula.

Unlike most of coastal Florida, the terrain rises gently from the Gulf of Mexico to an average elevation of 25 feet, with some land as high as 80 feet above sea level. Residents can enjoy all the advantages of a major metropolis while living in an attractive suburban setting.

Palm Harbor's economy has firm roots in retail business, the service industries, financial institutions, and the building trades. For companies or businesses where travel is a necessity, the community is convenient to the interstate highway system, and just thirty minutes from both an international airport and a major deep-water port.

Home to CareATC, Inc. Southeast Division, Kennesaw is a suburb of Atlanta, Georgia.

Atlanta is the sprawling capital of Georgia, and surpising to many, the 8th largest city in the country.

Situated in the Northwest part of the state at the base of the Blue Ridge Mountains near the Chattahoochee River, Atlanta played an important part in both the Civil War and the 1960s Civil Rights Movement. Atlanta History Center chronicles the city's past, and the Martin Luther King Jr. National Historic Site is dedicated to the African-American leader’s life and times. Downtown, 21-acre Centennial Olympic Park, built for the 1996 Olympics, encompasses the massive Georgia Aquarium.

Today, Atlanta is the major commercial and transportation hub of the southeast United States, and its international airport is one of the busiest in the world. The city's economy is led by the service, communications, retail trade, manufacturing, finance, and insurance industries. The convention business is also important, and Atlanta is home to many major corporations, including Coca-Cola, which was founded there in 1892.

Whether a healthcare provider, a clinic professional, or a member of our fast-paced corporate support team, at CareATC you'll be busy doing stuff that really matters.

How can we help?

Let us know – we'd love to hear from you.